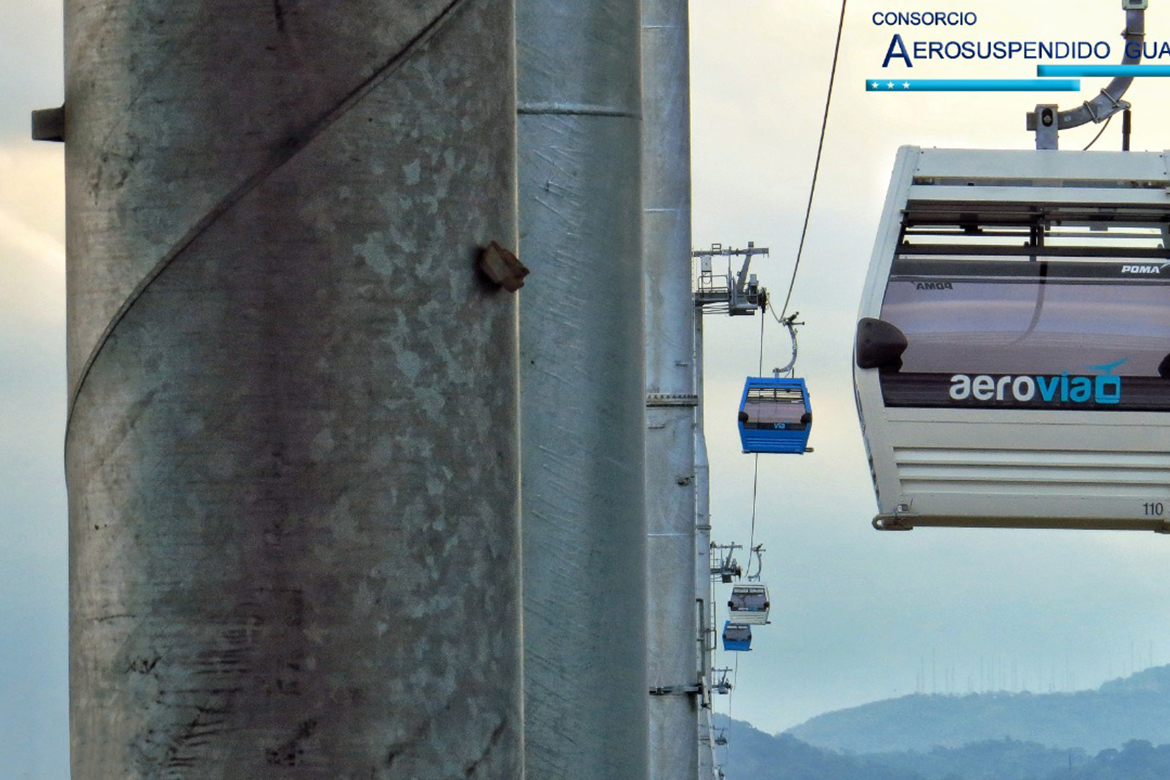 In Alliance with the French company POMA, we have started this important path with the project called ‘Aerovía de Guayaquil’, which connects the city of Durán with the center of the city of Guayaquil, crossing the Guaya River. This project is unique in the region for having a flight over a river of more than 2 kilometers, which makes it one of the longest over flight cable car projects in the world.

The consortium, led by SOFRATESA, is in charge of the studies, designs, construction, operation and maintenance. This 30- year project is a strategic alliance with the municipality of Guayaquil and constitutes the first urban cable transport line in the city.

We are proud to be part of the transport transformation in cities with innovative solutions that improve the lives of the citizens.

The Airway was conceived to have 4 stations and covers an area of 4100 meters. The route will allow the public to go from the neighboring city of Durán to the city center of Guayaquil with interconnections with other transport systems. In Durán, the system will be associated with bus distribution routes that will allow the public to travel with a single integrated fare.

The route will cross the Guaya River, which is almost 2 kilometers wide, making it one of the longest overflight cable car projects in the world.

The project has been proposed to be executed in the form of a strategic Alliance with the municipality, where the concessionaire with companies SOFRATESA and POMA, invests a percentage of the value of the project. The consortium is in charge and at its own risk, the concession of the work, including operation and maintenance for 28 years.

SOFRATESA as leader of the consortium was responsible for the design and construction of the stations, as well as civil works in general and also for the related and auxiliary systems.